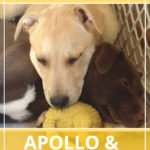 As a foster home for a local rescue, we see a lot of dogs that need foster homes. Our first foster dog, Silla was a 10-year-old black lab. We had her for almost 5 months, so I think I was ready for a puppy experience, knowing very well they would be adopted super fast.

We have always adopted dogs that were over 6 months of age and my kids really wanted the puppy experience. So I thought this would be a perfect opportunity to let them experience what it takes to take care of a puppy! We were planning on replacing our carpet anyway 🙂 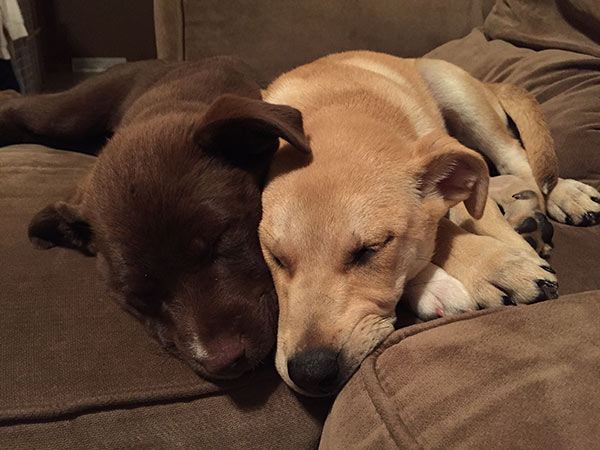 So when I saw a litter of puppies needing a foster home, I jumped at the chance to take one in. I was told it would be easier to take two, that they would tire each other out. 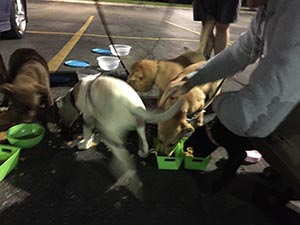 Apollo (the chocolate lab mix) and Calypso (the yellow lab mix) were part of a litter that came from Tennessee, they were 12 weeks. We picked them up late one night in June 2015, that in itself was hectic…

This brother and sister combo kept me on my toes, we used a puppy corral to try and keep them in one area of the house, but they quickly learned how to climb over it 🙂 Good thing they were so cute.

It wasn’t more than 24 hours and all three of my kids were ready to give them back! Puppies are so much work, especially having two of them at the same time. 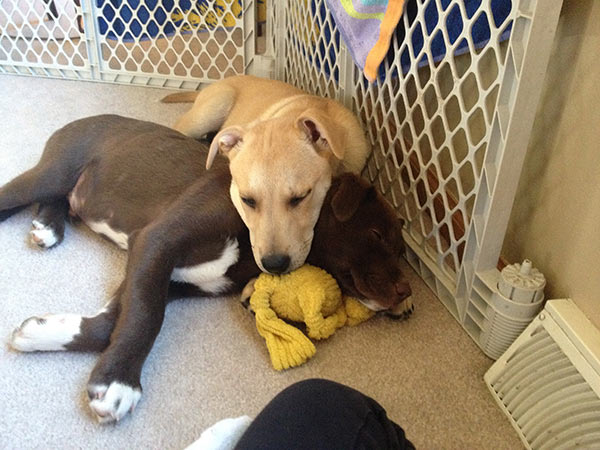 During those few weeks, it was crazy… potty training two puppies is no easy task. What finally worked was treats. Taking them outside, as soon as they peed or pooped, say “good girl/boy” and give them a treat. This must be done immediately so they correlate the treat with going outside to go potty. Apollo and Calypso were both adopted by July.

Debi McKee is a mom of three kids, two dogs and the creator of Rescue Dogs 101... were she guides you in your journey of adopting and raising a rescue dog every step of the way. She also volunteers for a local dog rescue and Humane Society.