Our Adoption Tail about Bear, the Yellow Lab

Our Adoption Tail about Bear the Yellow Lab 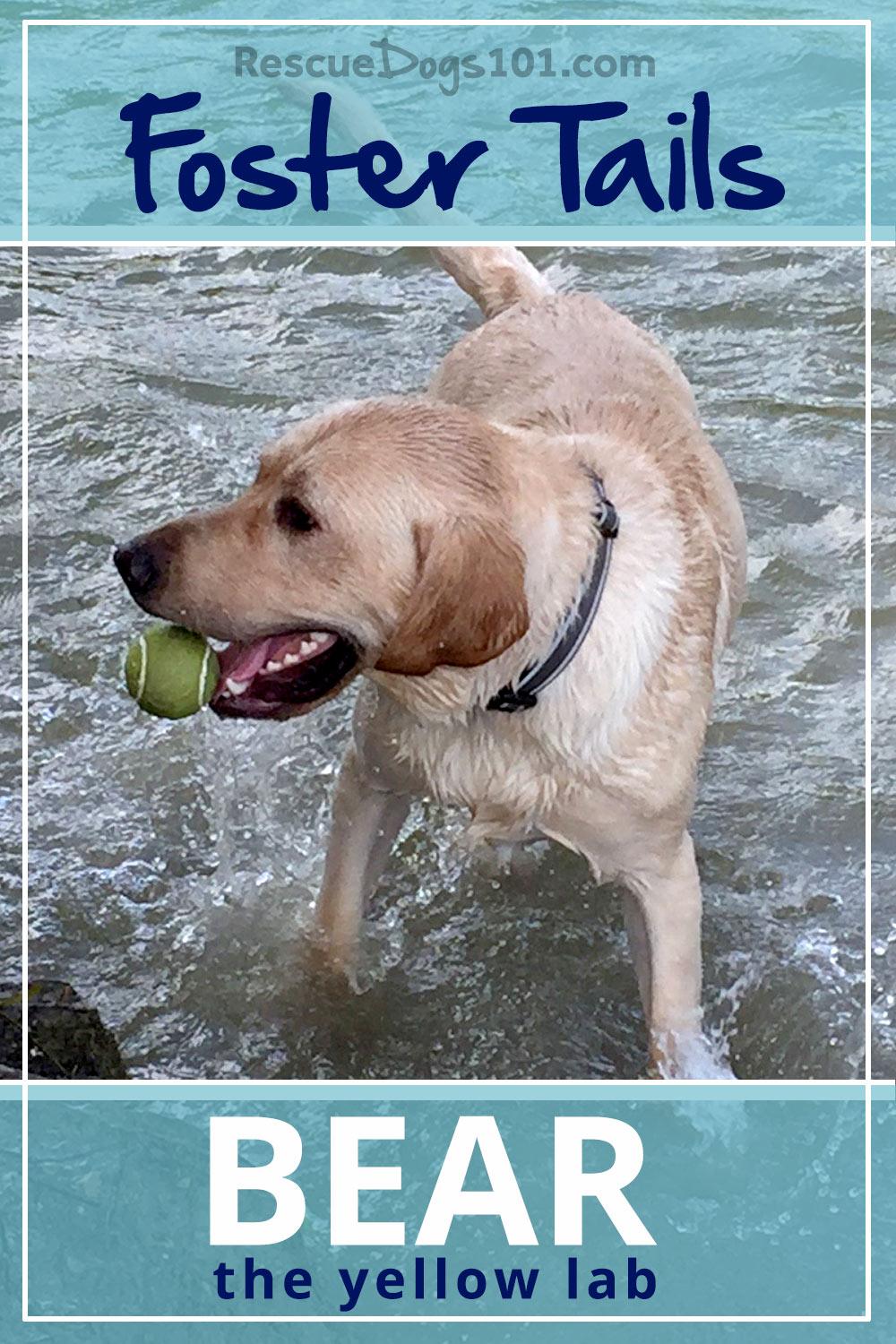 Okay, so Bear is not a foster tail, but an adoption story 🙂 Even though not a foster dog, he’s still a big part of our story. It took a few months after losing our resident dog, JJ, to an inoperable mass on his heart, but we decided it was time to start looking for a new dog to adopt. Ginger was in a state of depression. She really needed another dog to bond with.

I contacted the rescue we volunteer for and mentioned that we were in search for a yellow or chocolate lab. I kept searching on my own on PetFinder and other websites… and then I found Bear.

Bear is an English Yellow Lab and was about 18 months old when we adopted him in August 2016.

He was an owner surrender from a couple that didn’t realize he would get so big. They lived in a small trailer home, no fenced yard and the owner had bad knees so couldn’t walk him. He wasn’t trained at all… so to say he was uncontrollable is an understatement.

When we first met Bear, he had enough energy built up to launch a rocket. He was jumping up and down with excitement, and at 95 lbs, was a little scary! I was unsure that I wanted to take on this challenge but so glad we did. Bear is one big goofball, and with the proper amount of exercise has calmed down tremendously. 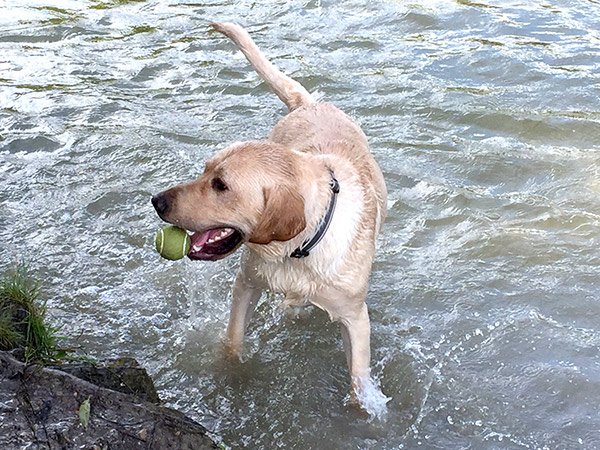 I kid you not, within 48 hours of him being in our house, and after lots of exercise, he was a totally different dog. Calmed down immensely, even though he still wanted to jump, he wasn’t bouncing off the walls.

With daily walks, weekly trips to the dog park, and a backyard to run in, his energy level is much more under control. As of writing this post, we’ve had him 10 weeks and he is doing great. You can follow his progress through my training blog posts. 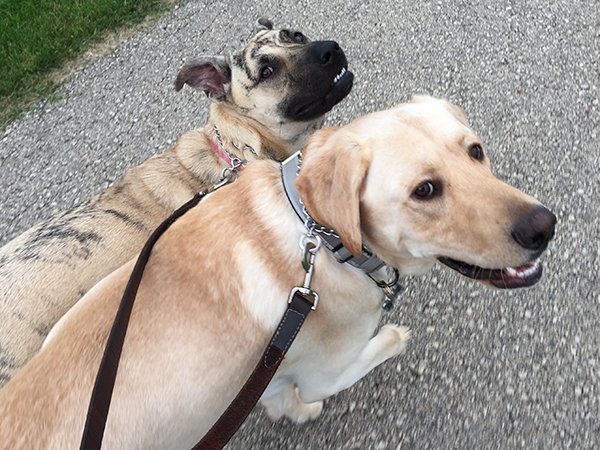 Rescue Dogs 101's
From Rescue to Home, Your Survival Checklist

Update 2 years later (October 2018): I can’t believe it’s only been 2 years, it feels like Bear has been a part of our family forever. Bear has become such a well-behaved dog, he loves to play hard and sleep all day! Still as goofy as when we first adopted him, but wouldn’t change a thing about it.

Bear is a true testament to adopting a dog that fits your own energy level and lifestyle. I use his story as an example for anyone interested in adopting a dog. Matching the right dog will make you and the dog so much happier!