Our Foster Tail about Georgia a Full Breed Mutt 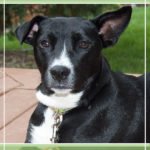 Georgia was our foster dog for a very short 3 weeks before getting adopted. She was about 1 year old and came from Tennessee to Fetch WI. We had her for such a short time, we had to have her spayed and then was ready to be adopted. Georgia was a really sweet dog. She was a little fearful of men but warmed up to my boys after a week or so. Fetch WI Rescue found a great forever family for her. 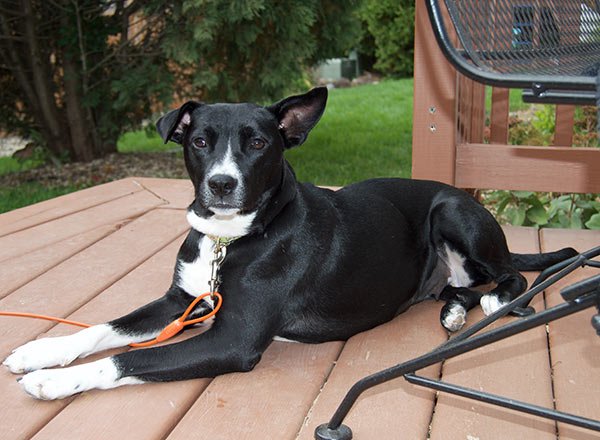 Here is the update I wrote for the adoption website:

Georgia has been with us for a little more than a week now and is settling in nicely. She’s got the cutest one ear up, one ear down look 🙂 She’s is such a great dog, loves to be around people and dogs alike. Great with kids, but needs slower introductions to men. She follows me around the house anytime I move, during the day while I’m working she’s found the dog bed next to my door is a great place to sleep 🙂
She is crate trained. At bedtime, she goes right in and sleeps quietly all night. The first couple of days we had her, I had to go to work and she did have some high-anxiety issues and tore up the blanket the first day and the crate tray the second day. I think this was due to the fact she was in a new place and was a bit scared to be alone. We are working on shorter intervals to get used to being left alone.
No food issues with people or dogs. I was able to put my hand in her food bowl without issue and she respects our resident dog’s food bowl. My 8-year-old daughter can do the same, so I am confident she’d be great with a family with kids. She loves bones, can chew one up in one sitting.
She also loves to run! I am so not a runner, so I take her around the block on my bike and she is in heaven… very fast girl! We are working on walking better on the leash, and basic commands, which won’t take long because she is very smart.