It’s unfortunate, but occasionally a foster dog will come to us sick. And Taylor was one sick little pup. After just a few days of Taylor being in our home, I began to notice he was slow to get up from his dog bed, couldn’t jump on the couch and was hesitant on the stairs.

I got him in to the vet right away, and turns out he had Lyme Disease plus three types of worms in his little body. We got Taylor on medication, but it takes 4 weeks of treatment for the Lyme Disease, so all together, he was with us for almost 8 weeks. 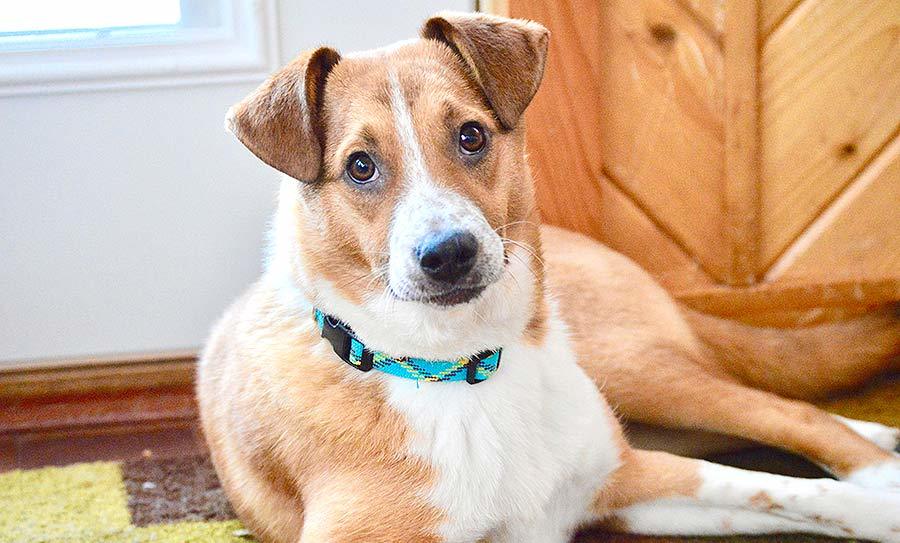 Normally, 8 weeks is not an issue, but for some reason our resident dog Ginger did not get along with Taylor. Her resource guarding came out in full force, so we basically spent two months keeping the two dogs separated. It was a stressful time for everyone, but we survived.

I’m still not sure what triggered the behavior in Ginger so we decided it’s time to take a little break between fosters. We need Ginger to feel comfortable in her home, so we will continue to work on her resource guarding and try fostering again in a few months.

Taylor was a wonderful dog, you can read his detailed pupdate below:

Here is Taylor’s pupdate for the Fetch WI website:

Taylor is a sweet little fluff ball that loves to be by his people and if there is a dog to curl up next to that would be awesome too. He is a medium to high energy dog that can walk for 2 miles and still come home and want to play! But tire him out and he’ll pay you back with snuggles and kisses.

His favorite game to play is tug. Loves to run around and play with our resident dog. Taylor just wants to find a forever family that will love him and give him the exercise he desires. If you like long walks or maybe running is your thing, Taylor is your guy.

Taylor is crate trained, with a treat and some sweet talk he walks right into his crate and goes right to sleep. But put him in the crate when he’s not tired and he may bark for a bit… so lots of exercise is key to keeping him happy and quiet.

His fur is thick and extremely soft, you’ll fall in love with this little guy as soon as you see him. He may steal your slippers, but will also steal your heart!

Rescue Dogs 101's
From Rescue to Home, Your Survival Checklist

Taylor found his forever home and was adopted on April 15, 2018!

“Things are going great. After many names were considered, and many debates that had 3-1 votes, the suggestion of Enzo, the dog’s name in the book “The Art of Racing in the Rain” (named for Enzo Ferrari), stuck with us. So Taylor has become Enzo, and we are still learning just as much as he is.

The crate time at night and day is working good, bell notice on the door had many requests during all that snow, and we are able to wear him out on walks. He’s got us going to new places to walk, even one unfortunate event on state park land one morning where leashes were required and we encountered an unleashed aggressive pitbull that caused Enzo to pull so hard backward that he pulled right out of the collar. Fortunately after the other dog was leashed, he came right back to us.

All in all things are going real well and he’s definitely a “tug” dog, just about the only barking besides at cars is when you don’t play tug when he wants to. Attached are a few photos, including he favorite new toy, the fish with rope to tug.”

Have you ever considered becoming a foster family?
Check out my post about how to become a foster home.