Why Do Family Dogs Bite Kids?

18 Happy Gotcha Day Dog Ideas that your dog will do zoomies for!

It saddens me more than anything when I see stories on social media telling a story about a young child that has been bitten by the family dog. I am sad for the child, the family, and the dog.

Just this week I saw a photo on Facebook, posted by a mother trying to warn others not to ever assume your dog won’t bite your child. She reported that her child was attacked by their docile family dog, a dog that never showed any signs of aggression.

The child was okay but got a bite in the face and needed stitches. They were going to get rid of the dog because she couldn’t bear keeping the dog in the house with her kids. Some people responded with hateful comments, others responded with heartfelt comments.

I know this is a highly controversial issue and believe me I avoid conflict like the plague. But I feel strongly about kids getting bite by dogs – it should never happen! 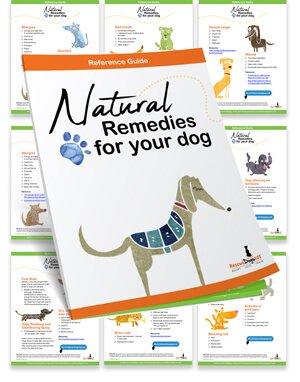 This ONE natural ingredient

can help with allergies, ear infections, fleas and ticks, worms and be a disinfecting spray!

Want to know what it is?  Then download the Rescue Dogs 101 Natural Remedies Reference Guide with over 18 common ailments solved with ALL natural products.

I will be the first to admit, it is impossible to keep an eye on our kids 24/7. So, if you have a dog, then our kids need to learn how to respect the dog and how to read the dog’s body language.

According to U.S. Centers for Disease Control (CDC), more than 4.5 million people are bitten by dogs each year in the United States. At least half of those bitten are children.

It’s easy to fall into a false sense of security. But we have to remember that dogs are animals, and as much as we want to believe our dogs will never bite us or our kids, the fact is that it is always a possibility.

It does not matter what type of dog you have, all dogs have the potential to bite. He can be small, medium or big. A Chihuahua, Pitbull or Labrador retriever. A purebred dog or a rescue dog. A dog is a dog. I know a lot of people bash the pit bull breed dogs, but the fact is a dog is a dog, just as a human is a human, no matter our race.

I almost wanted to say animals can be unpredictable, no matter how well trained. But really, dogs are pretty predictable if we know how to read their body language. Dogs are communicating with us all of the time, but many of us just don’t understand them.

I’m going to tell a story of our dog JJ that I don’t like to talk much about. But I think it’s important to communicate, that no matter who we are, or what we do for a living, we are all capable of making mistakes.

When we adopted JJ, all three of my kids were under 10. So, our house was chaotic at times, kids running, screaming, slamming doors… if you have kids you know what I mean.

We noticed right away, JJ did not like kids running. He would get all worked up and bark like crazy when the kids would run in the house or the yard. At first, we thought it was funny, my boys couldn’t wrestle anymore because JJ wouldn’t allow it. But we started to realize this could get out of hand quickly, so the kids learned not to run when JJ was in the same room. And we would put JJ in our room when friends were over.

I brought JJ to one of my boys’ baseball games. I was standing off to the side with JJ and his leash around my foot so that I was able to free my hands to cheer for the team. It took one young boy to run by and JJ took me right off my feet to go after him. It startled me, but JJ was still hooked to my foot, so nothing happened other than losing my pride that day.

Several weeks later, I brought JJ to another baseball game. I learned from my mistake the first time, so I kept my distance again and put JJ on a short leash in my hand. I had him in a sit command right next to me. Low and behold, coming from behind, a little kid ran right by us and JJ lunged toward the kid. Scared the heck out of the kid and me. No bites, but it very well could have been a very bad situation.

After that, I never brought JJ to another public place with kids. But it took me two warnings to get the hint. Looking back, I should never have brought him to the baseball games in the first place. You can judge me if you want, but please no hateful comments. I learned from my mistakes and thank God nothing serious came from them.

So, if JJ had bitten one of those kids, would it be JJ’s fault? No. The kids’ fault for running by us so closely? No! It would have been 100% my fault. As the dog’s owner, it is my responsibility to keep my dog from biting anyone.

There you have it, I’m not perfect, nor do I expect any other human being to be. We all make mistakes but learning from them are key. Learning from other parents’ mistakes is a little harder, as we feel that could never happen with my dog. Well, I’m here to tell you it can. No dog is perfect either.

Recommended Just For You: How To Speak Dog Language

How to Keep Kids Safe Around the Family Dog

I don’t want you to panic and start freaking out that your sweet, cuddly family dog is going to bite your kid one day. But as parents, we need to step up and start teaching our kids how to interact with dogs.

It’s not the barking, teeth showing, aggressive looking dog down the street that you have to worry about. We all instinctively know that we need to stay away from those types of dogs.

It’s your golden retrievers, cute little fluffy dogs and yes, your family dog, that we need to teach our kids about.

Reading a dog’s body language is crucial to teach yourself and your kids. Understanding that even if a dog is wagging his tail doesn’t mean he is friendly. And even though your dog allows your kids to pull his tail and stick his fingers in his mouth, doesn’t mean one day that same dog will turn and bite.

Dogs use many calming signals to communicate to us that they do not like or are uncomfortable in situations. But most humans have no idea what those calming signals are… heck, I didn’t until these past few years.

Why Do Family Dogs Bite Kids?

Dogs bit kids mostly because kids are not taught to respect the dogs’ space. Let’s turn the table around for a minute.

Human: You are quietly sitting on the couch reading a book when your kid comes running up to you pulling on your leg and crawling up in your face. The first time may be cute, the second time a little less cute, by the fifth time you’ve about had it. You nicely tell your kid to please stop, but he keeps at it, pulling your leg, crawling up in your face. Then around the tenth time, you scream, leave me alone! Your kid persists, you finally put your book down, get up, yell at your kid and send him to his room.

Now I’m not saying this scenario is going to happen in a day or even a week. It usually builds up over time. Many dogs can be very patient, hoping that their humans will help them and start understanding their calming signals. But eventually over months or even years of humans ignoring the kid’s behavior, or thinking the kid’s behavior is cute, the dog simply feels he has no way out. And that is where the bite comes in.

There are many other scenarios for why dogs bite kids. Kids getting too close to the dog’s food, bone or toys. Startling the dog when he is sleeping, pulling the dog’s body parts or playing too rough.

Children need to be taught to respect dogs as they would people. If you wouldn’t allow your child to do something to another child, then he shouldn’t be doing it to your dog.

Babies and toddlers that are too young to comprehend these strategies must always be supervised around your dog. I realize this can be super difficult with our busy lifestyles, but be creative with baby gates, playpens, and dog crates. Anytime that you cannot be physically and mentally present, with both baby and dog, they should not be allowed to interact.

Kids no matter the age, should never be allowed to climb over or on top of the dog, pull the dogs tail, ears or put fingers in the dog’s nose, tug, twist or whatever it is that looks so cute in photos and videos.

Respect your dogs’ space, just as you would respect a humans space.

Thank you to Dr. Sophia Yin’s Website. Source: Kids and Dogs: How Kids Should and Should Not Interact with Dogs

Everyone has the right to their opinion, and I’m sure there are strong ones for both sides. Feel free to comment below but keep it nice. No parent, dog, kid or breed bashing. I strongly believe that it is not the Pitbull breed that is at fault. It is the humans behind the dog and the dog’s environment that factor into why dogs bite.

Please watch your kids around dogs, teach them how to respect your dog. And let’s help save kids from being bitten and dogs being euthanized.

P.S. I realize there is so much more that goes into teaching kids about dogs and I hope to write more in detail in future posts. So make sure to download our free body language cheat sheet below, which in turn will sign you up for our weekly newsletter so to not miss any new and important information.

Recommended just for you: 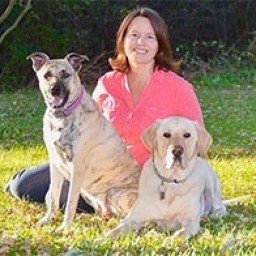